History of Glass: The birth of the window

History of Glass: The birth of the window

How did the very thing we look through everyday even come about? Was it part of a magic potion or was it nature?

First we must entertain the ideas of the very beginning to discover the history of glass. Pliny, an ancient Roman historian, claimed that the first glass was made in Syria by Phoenician merchants around 5000BC. However, archaeological evidence suggests that the first man-made glass was made around 3500BC in Eastern Mesopotamia and Egypt, and the first glass vessels were made around 1500BC in Egypt and Mesopotamia. 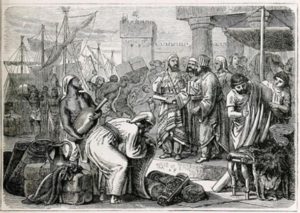 Glass production was difficult and time-consuming in the beginning. Glass melting furnaces were small and produced barely enough heat to melt glass. Syrian craftsmen, on the other hand, invented the blow pipe in the first century BC. This breakthrough made glass production easier, faster, and less expensive. So it appears it was that different forms of glass was discovered from molten volcanic lava and used as art and rapidly over the years eventually became a man made progress.

So before we progress on down the history books to summarize; Glass was invented in the ancient world, but little is known about man’s first attempts. Mesopotamia made amulets and solid beads as early as 2500 BC. Around 1500BC, glassmaking was further developed in Egypt.

Swiftly moving on and being passed down we arrive at venice. Venice had developed glass manufacturing by the time of the Crusades, and it had become the western world’s glassmaking centre. The island of Murano received glassmaking equipment in 1291. Angelo Barovier, a Venetian glass blower in the 15th century, created cristallo, a nearly colourless, transparent glass. By 1575, English glassmakers were making glass in Venetian fashion. In 1674, an English glassmaker George Ravenscroft invented lead glass. 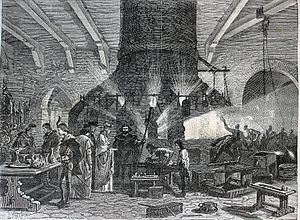 In 1608, Jamestown, Virginia, built the first glass factory in the United States. Crown glass, a type of window glass popular in the early 1800s, was in high demand. The invention of a hand-operated machine in the 1820s put an end to the age of blowing individual bottles, glasses, and flasks. The first semi-automatic bottle machine was introduced in the 1870s.

After 1890, the use, development, and manufacture of glass began to rapidly increase. Machines have been developed for the precise and continuous production of a wide range of products. Irving W. Colburn invented the sheet glass drawing machine in 1902, making mass production of window glass possible. Michael Owens, an American engineer, patented an automatic bottle blowing machine in 1904. 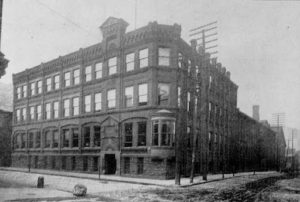 Being a very long and complex timeline we could only touch on certain times however if you did like this please do share your thoughts with us!

Tweets by glassaftercare
We use cookies on our website to give you the most relevant experience by remembering your preferences and repeat visits. By clicking “Accept”, you consent to the use of ALL the cookies.
Cookie settingsACCEPT
Manage consent

This website uses cookies to improve your experience while you navigate through the website. Out of these, the cookies that are categorized as necessary are stored on your browser as they are essential for the working of basic functionalities of the website. We also use third-party cookies that help us analyze and understand how you use this website. These cookies will be stored in your browser only with your consent. You also have the option to opt-out of these cookies. But opting out of some of these cookies may affect your browsing experience.
Necessary Always Enabled

Any cookies that may not be particularly necessary for the website to function and is used specifically to collect user personal data via analytics, ads, other embedded contents are termed as non-necessary cookies. It is mandatory to procure user consent prior to running these cookies on your website.

SAVE & ACCEPT
Go to Top